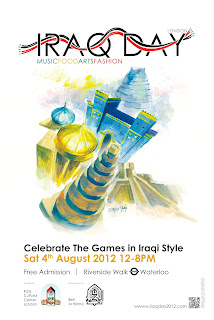 On Saturday 4 August, London's new Iraqi Cultural Centre will be hosting Iraq Day 2012: a free, eight-hour celebration of Iraqi food, music, fashion and culture on Riverside Walk on the South Bank of the Thames, right by the National Theatre. The National's website has really useful travel information.

Events begin at midday and wind down at about 8pm. It's all free (though I assume that they'll charge for food), so do drop in if you happen to be in London—or come and make a day of it if you can face the Olympic hordes. Don't be put off by the reference to "the Games" on the poster: I don't think there's any organised sport involved! More details will be posted on the Iraq Day 2012 website in due course.

The organisers are still looking for volunteers, so do email them if you'd like to help out, even if you can only offer a hour or so of your time. See you there, I hope!

Posted by Eleanor Robson at 19:16 No comments:

The British Association of Near Eastern Archaeology has launched a petition seeking protection for Syria's cultural heritage.

This morning I have signed it in my own right and on behalf of BISI. I hope you too can sign it, support it and promote it through any contacts or avenues available to you.

The worsening situation in Syria places thousands of archaeological sites in immediate danger of current and future looting. A full discussion of the sites affected can be found here: Cunliffe, Emma. 2012, Damage to the Soul: Syria's Cultural Heritage in Conflict. 16 May 2012. Global Heritage Fund.

The British Association of Near Eastern Archaeology (BANEA) and other interested parties call on the British Government, UNESCO and the International Centre for the Study of the Preservation and Restoration of Cultural Property (ICCROM) to protest to all parties to the conflict and petition for:

Updates and information can be found at www.banea.org.

I know all too well, from BISI/BSAI's experience over the last nine years, how hard it is to keep cultural heritage on the political agenda during conflict, and to persuade those in authority that it is not an irrelevant distraction but central to the future economic and social well-being of the country. I do wish everyone involved, in Syria and worldwide, the strength, safety and resources to keep advocating effectively, and hope--with everyone--for a swift resolution of the conflict so they will not have to do so for long.

Posted by Eleanor Robson at 10:14 No comments: 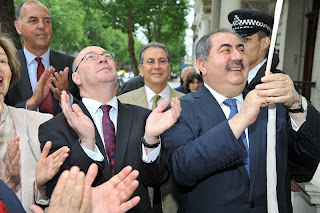 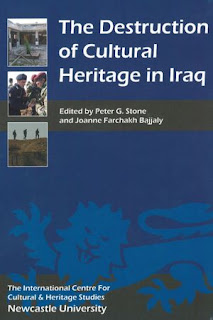 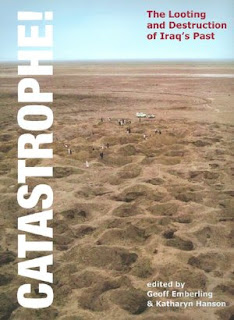 Posted by Eleanor Robson at 21:21 No comments: 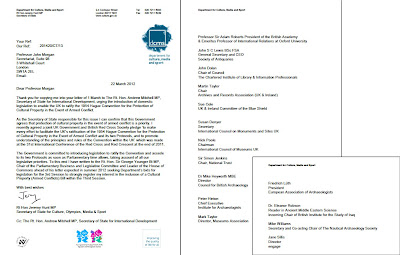 Posted by Eleanor Robson at 20:57 No comments: