I've got an early start tomorrow, so for now I'll just post some pix, but as I've got a full day of mathematics lectures in Arabic to get through tomorrow, expect some more detailed posts about today to appear then!

Today's checkpoint joke: that Ahmed, sitting in the back with me, is English too. To be fair, he is wearing a Università Venezia t-shirt. Hisham's in the photos too—the older man. I was briefly introduced to the dapper young mathematician in the striped shirt, but as he has no English and I have no Arabic I can't tell you much about him.

Some scrubby date-palm and tamarisk landscapes with animals; the ziggurrat of Nippur; an inscribed brick of the Sumerian king Ur-Namma who ruled the region from the city of Ur in the early 21st century BC. (My mathematical escort were ridiculously impressed that I could read this; but Ur-Namma bricks are Sumerian 101...). But sorry, Steve: no random pieces of Sumerian literature lying around. 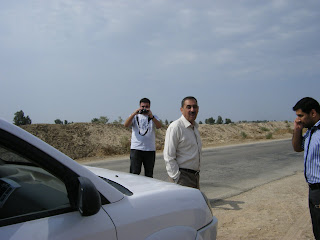 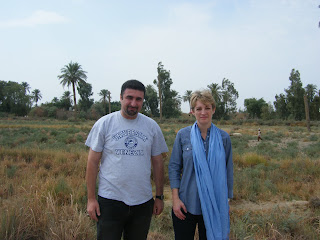 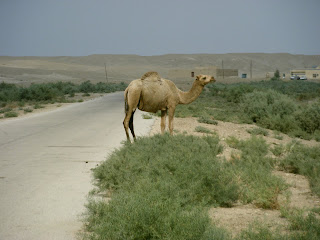 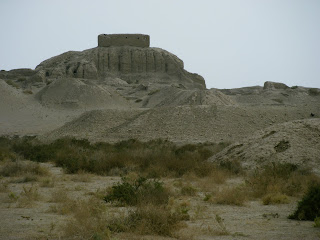 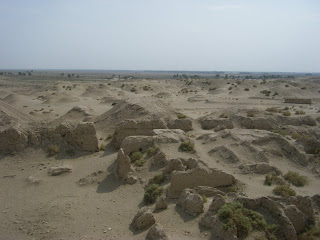 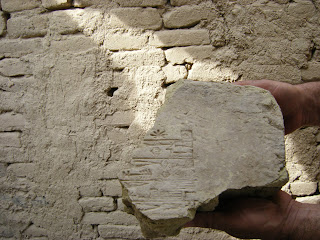 Ahmed's photos are much better than mine, but as they're so high-res they're taking forever to upload from email. Tomorrow; or Flickr when I get back.

And yes, I had masgouf for dinner too. A good day, in other words.