I first had masgouf in Baghdad before the war, in a restaurant on the Tigris. Then it was barbecued outside and took almost forever—lots of grumpy jokes about how the Sumerians must have out while waiting for their fish to cook. It's a big delicacy here in the south, though in Kurdistan last May I was told that Kurds never eat it (not quite true, I've since discovered). It's really delicious, though somewhat dangerous as it always comes fully boned. (Siham says there's a saying here that you haven't eaten fish until you've bitten bone. She also says that it's not the one thing to drink water with it, though I did. It is the done thing, however, to follow up with delicious melt-in-the-mouth dates; did that too!)

So it was a real treat to go to a traditional masgouf restaurant here in Kufa, as the lunch guest of Dr Akeel Abd Yasseen. The restaurant surroundings are pretty basic, but it's the real deal, and all the cooking is done in the public courtyard. There's always food in the oven, so waiting times are minimal. 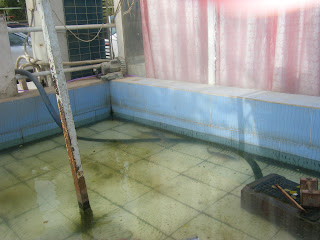 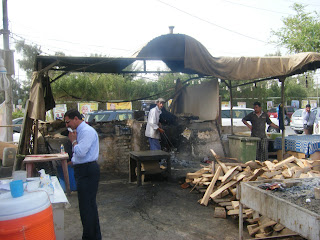 Live fish are kept in the tank and scooped out as needed. There are two wood-fueled tannours for baking the fish, and one for cooking the bread. 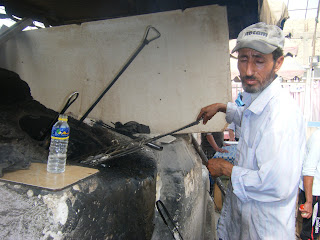 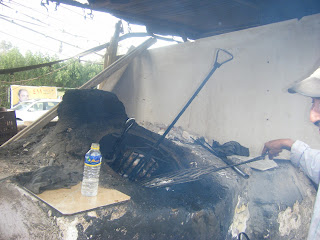 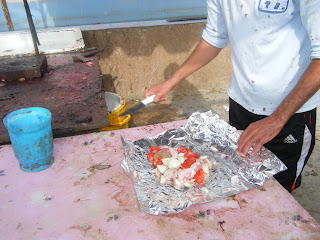 The fish are halved lengthways, gutted and wrapped in foil. Then they're flattened between large metal tong-like instruments and inserted into the tannour. Some people like the innards and eggs too, but they're always baked separately, with onions and tomatoes. 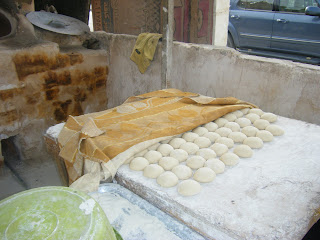 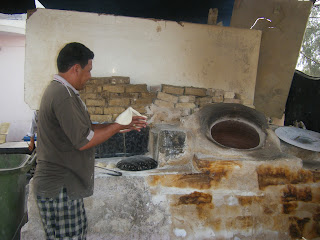 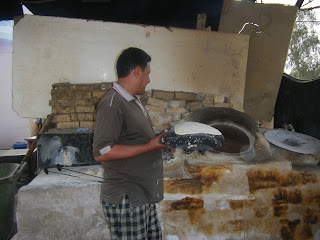 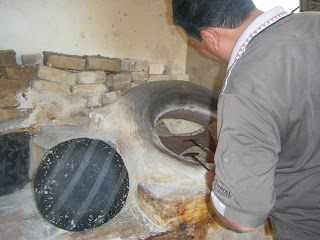 Bread dough is left to prove under a cloth and then expertly flipped around in mid-air to stretch it out. Then the baker slaps the dough onto the inside wall of the tannour using a cushion-like oven-proof thing (my vocabulary is failing me here!) and pulled out again once the air bubbles start to burst. 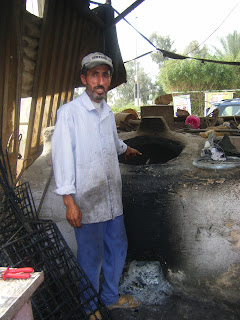 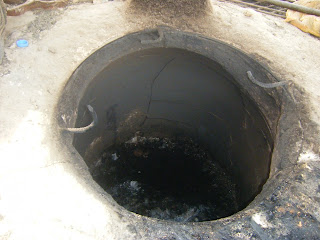 Siham's family were potters by trade, until her grandfather's time, and made tannours like these. I wonder who, if anyone, is making them now? 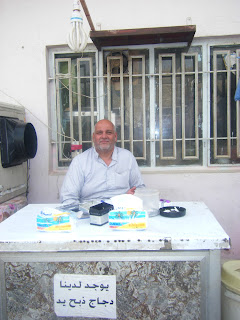 I explained to my hosts that I was making scientific photos of traditional craft practices; they laughingly insisted I photograph the traditional cashier too. 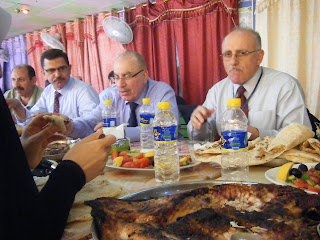 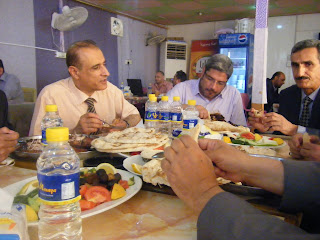 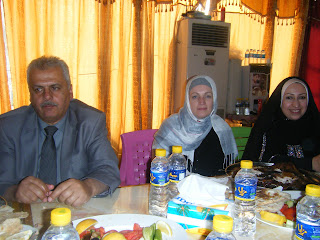 And then we ate it!

Next up: that evening's graduation party.