Nimrud, from Mound to Museum 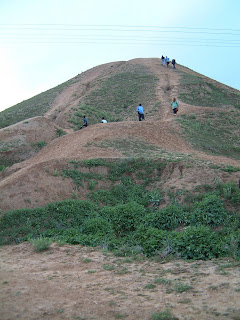 As I mentioned in January, BISI is a project partner in an AHRC-funded research project that I'm currently working on with Ruth Horry, Jon Taylor, and Steve Tinney. It's got the possibly over-long title, "Materialities of Assyrian Knowledge Production: Object Biographies of Inscribed Artefacts from Nimrud for Museums and Mobiles" and its basic aim is this:

How do archaeological artefacts find their way into gallery cases and museum websites? How do objects found in the ground get transformed into specimens for scientific and historical study? How have the processes of making archaeological knowledge changed over the past two centuries? This project tackles those questions using objects excavated from the ancient city of Nimrud (Kalhu), capital of the Assyrian empire in the early first millennium BC.

The project aims to bring together as many as possible existing online resources on Nimrud, as well as creating substantial new interpretative content, designed and licensed for re-use by museums in mobile gallery guides. We're also hosting several related events throughout 2013.

The first of these was held yesterday at the Ashmolean Museum, Oxford. "Nimrud, from Mound to Museum: Making Knowledge from Archaeological Objects" brought together a range of academic experts who have been involved in this process, to give their personal stories of making knowledge from objects excavated from the city from the 1850s onwards. I have just finished putting together my live-tweets from the event on Storify to make a short summary of the five talks.

We made some great contacts for future Nimrud-related work, and collected a plethora of brilliant raw material for the Nimrud-related resources we're going to be developing on the project website over the coming months. 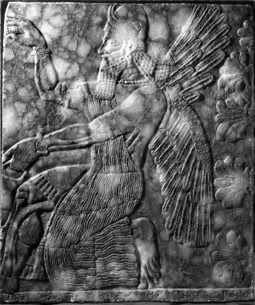 The next Nimrud-related event we have planned is a free gallery talk I'll be giving on Wednesday 19 June 2013, 1.15-2.00 pm, at the Fitzwilliam Museum, Cambridge: "The Genies on the Stairs: who are they and how did they get here?" Not telling you now, you'll have to come along and find out!