Memory, identity and grassroots democracy at the Iraqi National Library and Archive

(Updated with a few more images on 10 April)

Without memory, how can we know who we are? This is the question that drives Dr Saad Eskander, LSE-trained historian and, since 2003, Director of the Iraqi National Library and Archives.Saad talks passionately of the imperative to locate, preserve and digitise as much as possible of Iraq's documentation so that history will not just remember the oppressors but also the oppressed. 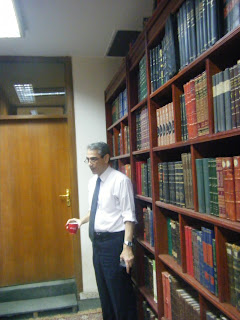 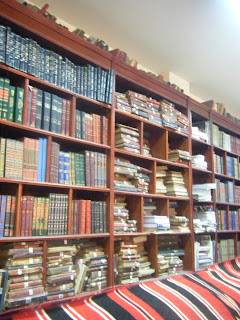 But Saad does not just talk: for the past decade he has also been putting those words into action in many different ways. The books lining his elegant office were once owned by the Iraqi royal family and then passed into the hands of Saddam Hussein. The glamour of their bindings reminds me a little of King George's Library at the British Library. But conspicuous amongst them are a much tattier pile of books lying on their sides, in clear need of rebinding and conservation. These are an important national collection too but had been long neglected because they are written in Hebrew, not Arabic. It's Saad's mission to safeguard all of Iraq's written heritage, whatever its origins. 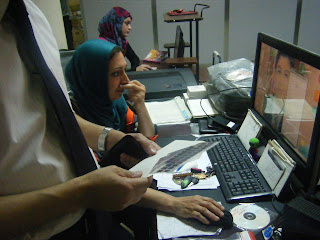 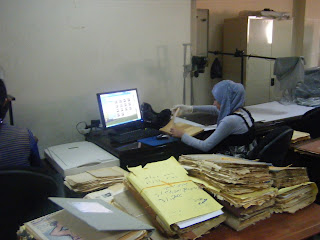 He takes me on a whistlestop tour of the departments, sleeves rolled up and coffee mug in hand. In one large office, staff are digitising microfilms of state records; in another they are scanning the personal files of those executed or exiled by the Baathists: Jews, Iranians, political dissidents, anyone thought to be a trouble-maker. The dictatorship's passion for bureaucracy at least means that the oppressed have not disappeared entirely without trace. There is at least a little comfort in that thought, and much poignancy in the forlorn photos looking up at us. 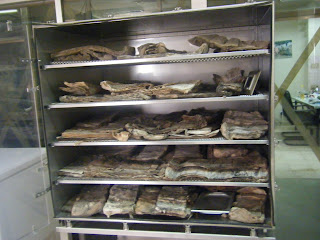 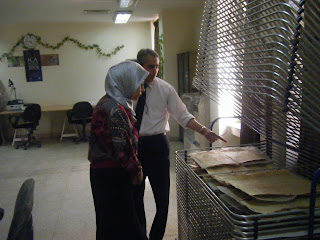 A third suite of labs and offices is devoted to the restoration and digitisation of Ottoman court records. They are horribly mouldy, so are stored in freezers before being disinfected, cleaned, flattened and dried. Then they are mounted into books of Japanese paper and scanned. There are Monarch-period documents on the drying racks too. It's this team who trained Mr Kamal's conservation lab in Kerbala. 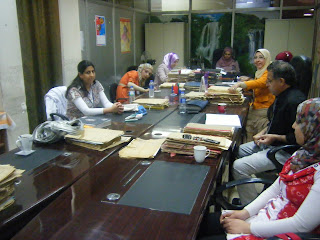 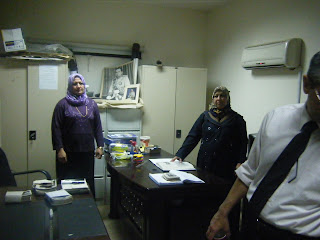 Another office, another preservation exercise. This team is processing Mandate-period records. I pick one up from the top of the nearest pile; it is a handwritten telegraph despatch asking the reason for the imprisonment of a certain local sheikh. A detailed reply is on the next sheet down. Maps and photographs are stored in a separate office. By and large they need less conservation work. 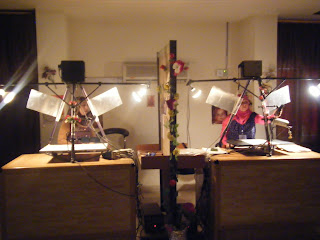 Digitisation equipment has also just arrived for the Sound of Iraq project, which BISI has helped to fund along with the British Library. The BL have been training sound technicians to transfer vinyl and shellac records of traditional Iraqi music and poetry to digital media. However, INLA hasn't abandoned traditional media altogether; some documents are still being photographed onto film as well as being scanned.

There's a huge foundation pit within the INLA compound, which will before long become a four-storey digital library. A recently completed archive building will house the ongoing digitisation work and receive visiting researchers. But the aim is to put all of the material online too, so that it can be accessed free from anywhere in the world. 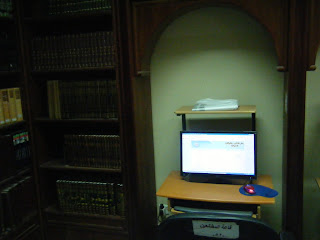 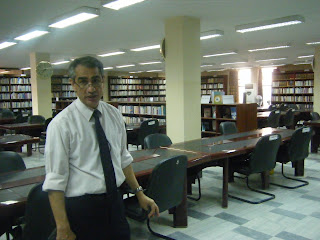 The library, which is currently full, will then expand to gradually fill the existing building. As a copyright deposit library, it has a right to a copy of every book and periodical published in Iraq. It also publishes three or four journals of its own and runs an exchange programme with institutions in other countries. The library catalogue is online, and the reading room welcomed over 20,000 visitors last year. A dedicated children's library has just been built and is currently acquiring its first stock of books (below). 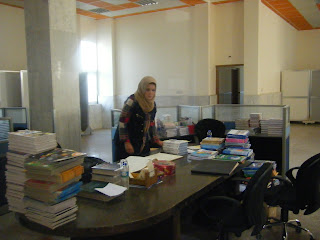 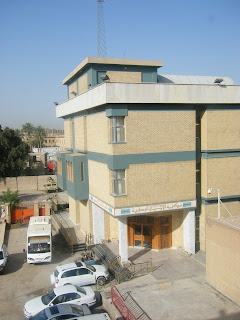 All this activity, and it's not even 9am yet! Saad knows all his employees by name, because he has hired them all personally and takes a close interest in their welfare and personal development. There are two nurseries onsite, as well as a canteen. The majority of the technical staff are women (Sunni and Shi'a, Arab and Kurd) and Saad urges them to be independent, critical thinkers--at home, as well as at work. The staff themselves hold annual elections to choose departmental heads, and selected Saad's own office team from amongst themselves. 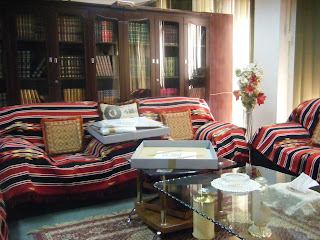 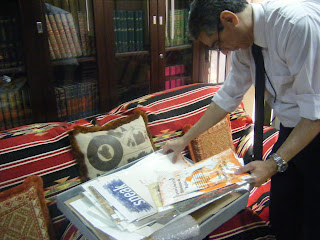 INLA also puts on cultural performances and exhibitions. Most movingly, Saad has just received a large white box in his office, which he opens once our tour is over. Inside are all the original artworks from the international anthology, Al-Mutanabbi Street Starts Here, put together in commemoration of the bombing of the Baghdad booksellers' market in 2007, and which has also toured as a performance and exhibition. Soon it will return to the street which inspired it, which Saad tells me is now thriving again.